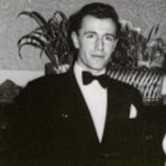 A journalist who once interviewed the Kray twins has died aged 85.

Cal McCrystal, pictured, began his career as a reporter for the Belfast Telegraph, serving as its labour correspondent.

He later moved to London after being headhunted by the Sunday Times at the age of 28.

For the Times, he interviewed the notorious gangsters in the living room of their mother’s house in Bethnal Green.

Cal later went on to join the staff at The Independent on Sunday before becoming a foreign correspondent and senior reporter with The Observer.

Recalling his encounter with Ronnie and Reggie Kray in an online post in 2012, he wrote: “I rashly asked the twins: ‘When did you first kill someone?’

“There was a long pause. Faces tightened. Eyes bulged. Fingers twitched. The silence was dauntingly loud.

“But after glancing at one another, they explained that their first killing was really an accident. ‘Isn’t that so, Reggie?’ ‘Oh, yeah, Ronnie, an accident, yeah, sure.'”

Cal died on 5 August after a short illness.

He is survived by wife Stella and sons Damien, Kieran and Cal Jr, who is an actor and theatre director based in London.