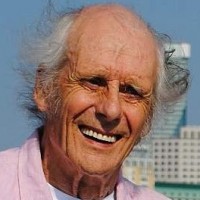 A journalist who worked on a regional daily’s London desk before later running community newspapers has died aged 87.

Tributes have been paid to Nicolas Cottis, who served the Bolton Evening News and the Birmingham Post during his career.

Nicolas, pictured, worked on Fleet Street for the Post’s the London desk of the Birmingham Post – covering Winston Churchill’s funeral for the newspaper and going on an election tour with Harold Wilson.

He later moved to Devon and took up a job as editor of the community newspaper in the village of Dartington.

Nicolas was also a noted jazz musician and later became a piano teacher.

His daughter Tamsin told the South Hams Gazette: “Nic stopped performing in 2018 and, having lived very happily in Harbertonford since the late 1990s, he spent his final eighteen months in Totnes at Ridge Court Residential Home.

“He took with him two pianos, plenty of books and his subscription to The Guardian.

“He received excellent care and made new friends.

“His active Quakerism, photographic memory, fluent German and his fierce intelligence allied with a gentle, inclusive manner, was undimmed.”

He is survived by wife Sally, from whom he separated in 1980, his children Martin, Tamsin and Ben, five granddaughters and a great-granddaughter.