A regional journalist whose photograph was used by a “fake” news website has opened up on the “upsetting and confusing” experience.

JPIMedia digital reporter Iain Leggat has spoken out after his image was used by a site called the Kent Chronicle, exposed for lifting stories from legitimate journalists working in the county.

HTFP reported earlier this month how Kent Online reporters Rhys Griffiths and Katie Heslop had uncovered the truth behind the Chronicle, which was sold to potential advertisers as Kent’s “third largest online news publication”, after taking its 17-year-old creator Laurence Moss to task.

As part of their investigation, Rhys and Katie also examined the profiles of four “reporters” purporting to work on the Chronicle and found a number of them featured photos lifted from elsewhere across the internet. 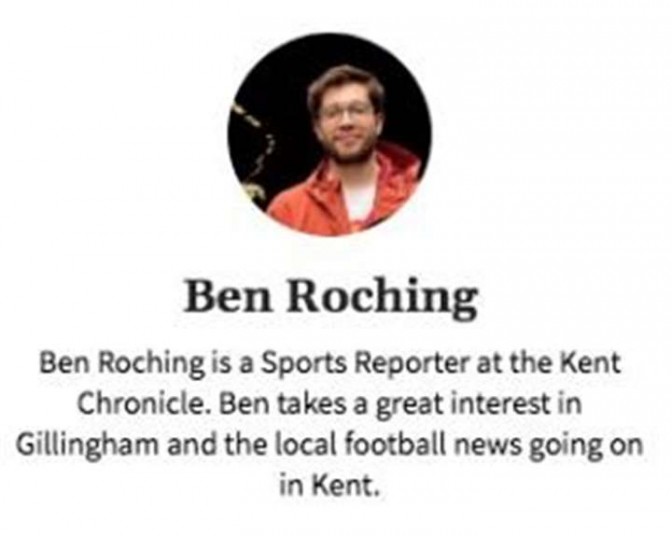 These included a picture of Iain accompanying a profile for a supposed Chronicle journalist named Ben Roching.

Speaking to Katie about his experience, Iain said: “I said to my partner I felt like I had been reverse catfished [a term used for people creating fake identities online]. On a personal level it was upsetting, a bit confusing.

“As a journalist I am used to writing stories and then suddenly I was in one.”

He added: “On a more professional note I was a bit more concerned. I didn’t like how easy it all felt and the fact I was unaware of it.

“What if someone had recognised my face, they would have thought ‘what is he doing there?'”

“In the long run I wasn’t that worried about my identity being stolen, I just thought it was a little strange that somebody was using my image so closely directed to my job.

“Fortunately they didn’t use my name or my company or anything really linked to me, just my photo.”

Offering advice to fellow journalists, he said: “It has made me realise it isn’t necessary a weird thing to do a general search on your name and check if your work has been accurately reported elsewhere.”