A regional journalist and his partner are preparing a weekend of “hell” as their respective nations prepare to vie for the Euro 2020 title.

Doncaster Free Press reporter Darren Burke and his Italian partner Giulia Savini are facing the “nightmare scenario” ahead of the European Championship final between England and Italy on Sunday night.

Darren and Giulia, who met in 2019, have watched both England and Italy’s matches together during the competition.

But the couple now admit they may have to watch the deciding match in separate rooms. 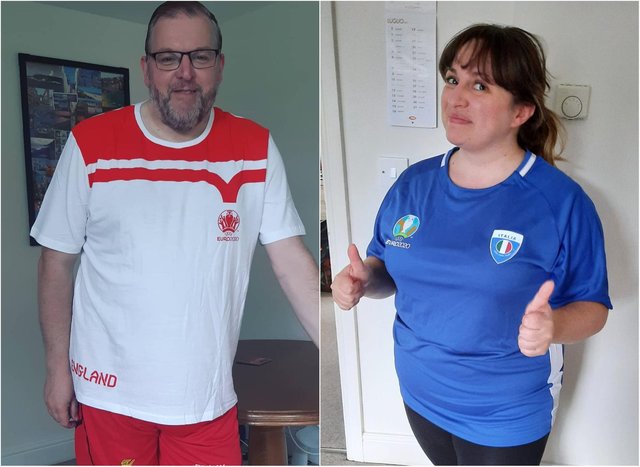 Darren, 48, told the Free Press: “Neither of us thought this would happen, but now it’s here, it’s hell.

“I’m over the moon that England have got to the final because it is the first in my lifetime and we’ve suffered so much disappointment in the past.

“I’d just rather it wasn’t Italy we are playing because one of us is going to end up bitterly disappointed on Sunday night.”

He added: “We’ve loved Euro 2020 up to now, although there have been some nerve-wracking moments for both countries and we’ve had some nervous moments watching games. The final is going to be tense as anything.”

Charity worked Giulia, 32, is originally from near Milan and has lived in the UK for nine years.

“But now the two sides are in the final it is a nightmare scenario. Of course we both want our countries to win but I don’t know if we’ll be able to watch it in the same room together.”

Giulia added: “We both just want it to be a fair and exciting final. But Darren could be sleeping on the settee on Sunday night.”