Journalist dubbed ‘the undisputed King of the Splash’ dies aged 60 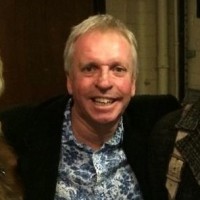 A former regional journalist dubbed “the undisputed King of the Splash” has died aged 60.

Tributes have been paid to John Mahoney, who began his career on the Bradford Telegraph & Argus.

John, pictured, later moved to Bradford’s Tom Hopkinson’s news agency before joining the Daily Star in 1986, initially based in Hollywood.

He returned to England to become the Star’s Northern news editor and “bossed the front pages of his newspaper for 30 years”, according to an obituary by Jon Harris, managing director of Manchester news agency Cavendish Press.

Jon described John as the “undisputed King of the Splash story and one of life’s truly great characters”, adding: “Mahoney was known as a brilliant operator who brought us journalism with a smile on its face.”

“He set the benchmark when he was given free rein to do the tales he wanted and quite frankly everyone else followed what he did.

“He also treated the job as something to be enjoyed. His brand of journalism was way ahead of its time.”

John, who passed away after a short illness, leaves wife Moya and daughters Katherine and Lucy.