A university’s journalism department has taken over an historic former newsroom after it was saved from demolition.

The University of East Anglia has moved journalism students into the Grade II-listed St George’s Works, in Norwich, which formerly housed the offices of now-defunct radio station Radio Broadland.

The building, part of which dates back to the 18th century, was put up for sale after the station’s demise in May 2019, but were later slated for demolition.

However, they were later saved after UEA’s broadcast journalism course director Mark Wells spotted them, with the university signing a 10-year lease with owners Our Place. 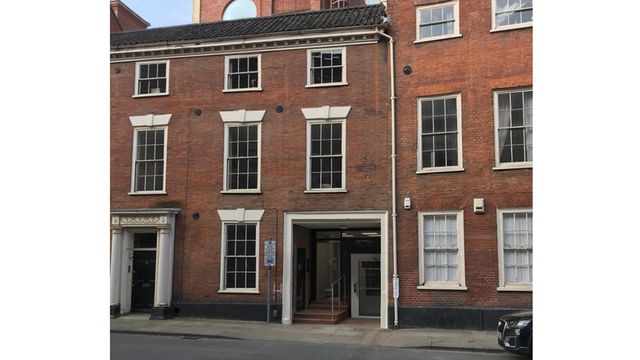 They have since been transformed and refitted to industry standards, with UEA students having access to a newly revamped radio presentation area, a television news studio, and an audio studio.

New teaching and meeting spaces have also been created.

Mark said: “For the university, with its expanding journalism and creative practice programmes, it seemed too good an opportunity to miss.

“Demolition was quickly put on hold, and this gave us the opportunity to develop a plan to make use of the site’s unique features.

“For our students, being able to benefit from a state-of-the-art broadcast centre, complete with high-tech TV and radio news studios, will provide them with a simulation of what a career in the broadcast industry would be like, as well as allowing them to produce high-quality visual and audio news content during their time here.”