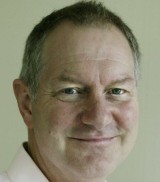 A journalism ethics lecturer has resigned his post after he admitted having supported IRA terrorism.

Roy Greenslade has left City University in London after revealing his belief that the IRA bombing campaigns of the 1970s to 1990s were justified.

Roy, a former Daily Mirror editor and Guardian media columnist, said he “supported the use of physical force” by the IRA in an article for the March issue of the British Journalism Review.

He added that he was “in complete agreement about the right of the Irish people to engage in armed struggle”.

Roy, pictured, had worked at City since 2003 and served as an honorary visiting professor of journalism.

He told The Times: “Why did I resign? To save the university and its journalism department from any embarrassment.

“Also, it was a very marginal unpaid position, necessitating one lecture a year.”

A university spokesman said: “While acknowledging Professor Greenslade’s contribution and his right to express his views, the university has accepted his resignation.”

In his article, Roy explained why he had “come out of hiding” to explain his support for IRA terrorism.

He wrote: “I came to accept the fight between the forces of the state and a group of insurgents was unequal and therefore could not be fought on conventional terms.

“In other words, I supported the use of physical force.

“However much I believed its tactics to be valid, I could not hope to convince colleagues that the killing of civilians, albeit by accident, was justifiable.”