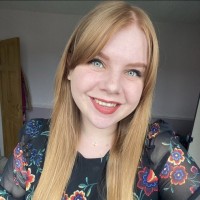 IVF services will return to a weekly newspaper’s patch thanks to a campaign led by a Facebook-funded community reporter.

Cambridgeshire and Peterborough Clinical Commissioning Group has announced the return of the NHS-funded services to its area following a campaign supported by the Peterborough Telegraph.

The Telegraph’s coverage on the issue was spearheaded by Rosie Boon, pictured, who works for the paper through the NCTJ-administered Community News Project.

The project has seen 83 new journalists hired to work at 76 regional press titles across the country following a $6m charitable donation from Facebook.

Speaking to HTFP, Rosie said: “I am elated that the CCG decided to reinstate NHS funded IVF here in Peterborough and Cambridgeshire.

“When I first started my role the news came out about the decision to suspend the services.

“While we reported a lot on the decision, I wanted to report on what was going on behind the statistics, the people’s whose lives were directly affected by the decision; financially, physically and mentally.”

The Telegraph lent its backing to the drive after Rosie spoke to campaigner Amber Izzo, of the pressure group Fight For IVF.

Rosie added: “She shared with me her lived experience, which helped to get the ball rolling with my campaign.

“The campaign with the PT would be nothing without the brave couples who shared their stories and Peterborough MP Paul Bristow for lobbying the other MPs across the county.

“I’ve campaigned and covered stories about this for over a year and felt it had to remain high profile as there was such inequality. The CCG was one of only three in the country to offer zero rounds of IVF.

“I am ecstatic and proud that the work I’ve done has made a significant change to people’s lives. There is still work to be done to tackle health inequality but this is a great start.”