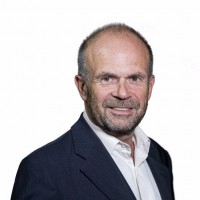 A local newspaper industry veteran who already serves on two regional newspaper boards has taken up a directorship with JPIMedia owner National World.

The company has announced the appointment of David Fordham, formerly chief executive of Iliffe News and Media and a past president of the Newspaper Society, as a non-executive director.

David has worked in the media industry for 50 years and served as Iliffe CEO until it was taken over by Local World, the former vehicle of current National World boss David Montgomery, in 2012.

He is currently non-executive chairman of Highland News and Media and a non-executive director of  Iliffe Media and has been responsible for a number of acquisitions the latter group has made in recent years.

His appointment to the National World board has been made at the request of Mediaforce, owned by media entrepreneur Malcolm Denmark, which owns 26pc of National World.

“The appointment is made at the request of Mediaforce (Holdings) Limited.

“David Fordham has extensive newspaper industry experience having held several executive roles in the sector and is currently a director of Iiiffe Media Group Limited.

“David Fordham will not be considered to be independent for the purposes of the UK Corporate Governance Code and accordingly will not be appointed to serve on any of the committees of the board.”