Hyperlocal steps in to help BBC crew filming on patch

A hyperlocal title stepped in to help the BBC when it filmed a popular daytime TV show on the publication’s patch.

Oswestry Life aided with the production of an episode of ‘Escape to the Country’ when it was being filmed in the Shropshire town.

The title’s staff worked with the programme’s production team in the planning of two days of filming in Oswestry last week before they moved to other locations within the county.

Group editor Victoria McKenna, pictured below on the right, was even involved in filming some of the scenes. 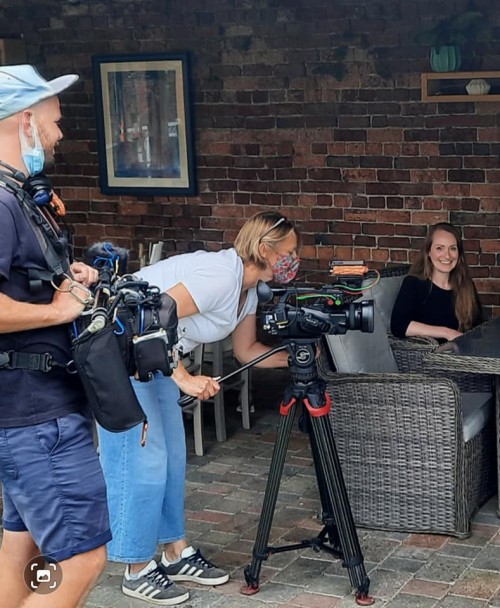 Oswestry Life joint managing director David Lee-Birch told HTFP: “We were delighted when ‘Escape to the Country’ Producer, Johanna Fry got in touch to ask if we could help with the production of this special Shropshire episode.

“Johanna said after looking online at the Oswestry area it was obvious the Oswestry Life magazine was such an integral and informative part of the local community, she was also struck with the high quality content of local news and information.”

He added: “It was great to be involved in such a popular programme and look forward to seeing our wonderful town, businesses and members of the Oswestry Life magazine on the episode which will form part of the next series.”