A hole in a nine-year-old girl’s heart has been fixed after a weekly newspaper launched an appeal to help her.

HTFP reported last month how the Hereford Times has launched a £25,000 bid to help Ava Bailey, whose parents have been told she needs open-heart surgery.

But, following the campaign’s launch, Birmingham Women’s and Children’s Hospital intervened to allow Ava to have the surgery on the NHS.

Ava’s mother Becky Bailey, 38, has now vowed that donations to the Hereford Times Fix Ava’s Heart campaign would be refunded through gofundme.com. 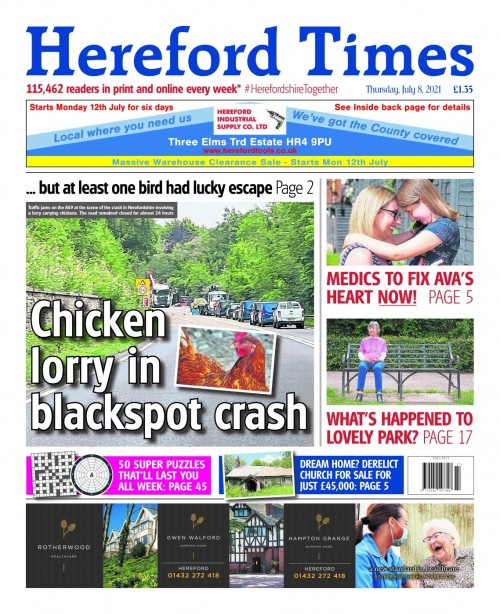 Times editor John Wilson told HTFP: “Newspapers have their critics. But I have always been a believer that they are overwhelmingly a force for good in our society.

“We have no way of knowing if our appeal directly influenced the hospital’s prioritisation of Ava.

“But it does not matter.

“A nine-year-old girl will soon be running and dancing with her friends, and that should be celebrated regardless of how it was achieved.”