‘Give domestic abuse survivors anonymity if they want it’, journalists urged 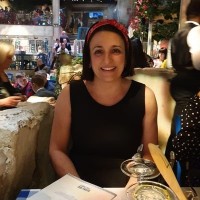 Journalists have been urged to give survivors of domestic abuse anonymity if they ask for it as part of new guidance on reporting the issue.

Women’s Aid has produced new guidelines around best practice when reporting domestic abuse, which also urges reporters to use the phrase “domestic abuse” instead of “domestic violence” because the latter “can send a message that if you are not being hit, then it doesn’t count as abuse”.

The guidance, produced by Women’s Aid’s head of media relations & communications Teresa Parker, further calls for journalists to use the term “survivors” rather than “victims”, unless the story is in relation to criminal justice, and to turn off the comments section on domestic abuse stories online because of the effect negative remarks can have on readers who are suffering themselves.

The full guidance can be read here.

“Once a court story is reported, we have been told that survivors have been threatened by friends and family of the perpetrator. To compound the trauma, their employer and colleagues can then read intimate details of abuse, that can affect how they are treated at work, as many people don’t understand domestic abuse and judge those who have experienced it.

“Also, if comments are enabled on the article, then they can read a torrent of judgemental and abusive comments.

“While it is currently legal for survivors of domestic abuse to be identified in the media in court reporting, please listen to survivors if they ask you not to identify them or change the way their case has been reported – there are many good reasons why a survivor of domestic abuse could be terrified of being named in the press.

Teresa, pictured, introduced the guidance in a guest blog for the Independent Press Standards Organisation to mark International Women’s Day.

In a message to journalists, she said: “The way that journalists report domestic abuse does two things: firstly, it has an impact on the family, friends and community of the people involved.

“Secondly, it affects our societal understanding of domestic abuse. That means everyone – young people starting their first relationships, retired couples discussing the story over a cup of tea, police who will be knocking on the door when they have a report of a ‘domestic’ and the judges deciding how to apply sentencing guidelines.

“Do not underestimate the power of communication. The words you write sink into the subconscious shaping how we understand the world, process it and the opinions we hold.

“A headline about a man killing his partner can either use his words, providing a level of justification for his actions, or can focus on the woman and the life that has been lost. We do not expect you to be a domestic abuse expert – we only ask you to listen to our feedback and consider guidance where it is offered.

In 2017, HTFP reported how Women’s Aid had created a series of stock photos for journalists to use in a bid to dispel misconceptions about domestic abuse.