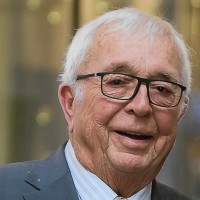 Funeral details have been revealed for a journalist who founded both a news agency and a radio station.

Terry, pictured, worked as a journalist for the Sunday Express and Granada TV before launching Mercury in the early 1970s.

He went on to found Radio City in 1974 and was the station’s managing director for 17 years.

His family have now announced a service to celebrate his life on Tuesday 7 September at 1.30pm.

It will take place at St. Hildeburgh’s Parish Church, in Hoylake, where Terry was a regular worshipper.

Due to current restrictions on numbers the church service is ‘by invitation only’.

The full service will be available to attend virtually via this link.