Regional press titles have celebrated England’s Euro 2020 semi-final victory after one daily newspaper ran a front page headline in the language of their opponents.

England overcame Denmark 2-1 in extra time last night to secure their first-ever appearance in the final of football’s European Championship.

Ahead of yesterday’s game, the Sunderland Echo splashed on the headline ‘Fodbold kommer hjem’, which is Danish for ‘Football’s coming home’.

The Echo interviewed a Danish fan of Sunderland AFC ahead of the game and also featured a match prediction from a “psychic pony”. 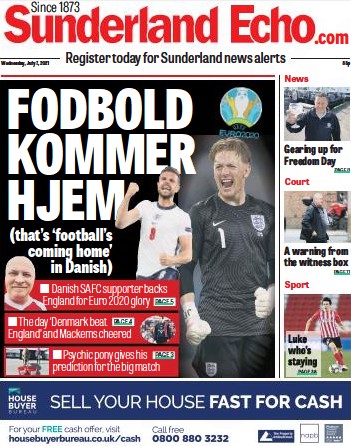 The Bristol Post ran with ‘Finally’, a headline shared with the Daily Mirror. 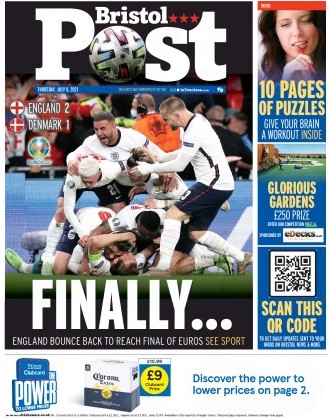 The Yorkshire Evening Post described the performance as ‘Roarsome’. 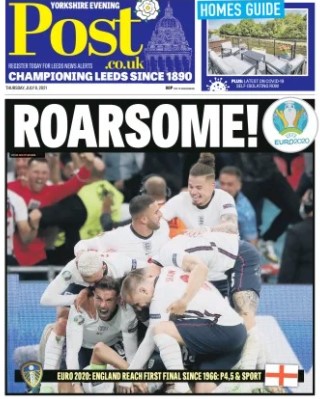 And the Leicester Mercury branded the victory ‘Fantastic’ after 67,000 supporters were allowed in Wembley Stadium for the match. 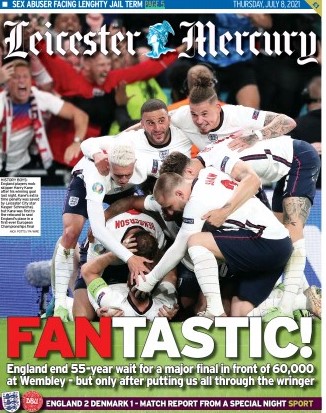