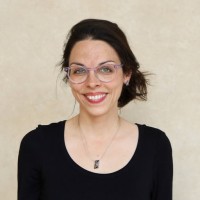 Journalists believe the Freedom of Information request time limit of 20 days is “too long to suit the fast-paced work of newsrooms”, according to new research.

A study for the London School of Economics has also found journalists are “frustrated” by a high refusal rate for requests to public bodies.

Researcher Mária Žuffová, a postdoctoral researcher at the European University Institute, surveyed 164 journalists, interviewed seven activists and civil servants, and submitted requests to 21 UK Government departments in order to assess how the process works in practice.

In a blog for the LSE, Dr Žuffová said the results were “mixed for the FoI Act being an effective instrument for government oversight” – noting the journalists surveyed cited “reliability, accuracy, and exclusivity” as advantages of using the legislation.

But she added: “Journalists argued that the time for complying with requests is too long to suit the fast-paced work of newsrooms.

“My own experience with submitting FoI requests to ministerial departments was that obtaining the requested information often takes substantially longer than the legally prescribed 20 working days.

“Nearly half of the departments responded on the very last day of the statutory time limit; others requested clarification, which reset the clock and added extra days to the initial wait.

“Moreover, if FoI requests are refused, reverting the initial decision through the appeal process can take up to eight months, as reported in a recent openDemocracy report. For the FoI Act to become more useful to journalists, time limits may therefore need to be shorter.”

Dr Žuffová, pictured, said failure to respond to a request “represented another cause for concern”.

She wrote: “A high refusal rate also frustrated journalists, particularly the exemption on costs grounds, which they argued was used most frequently to justify withholding the information requested.

“While public authorities have several legitimate reasons to refuse requests, the statistics on the government’s FoI performance indicates a trend towards opacity, with the refusal rate having almost doubled in the past 15 years.

“The problem with refusals on costs grounds is that they create information asymmetry in favour of public authorities, as requesters cannot verify whether the justification provided is genuine.

“Increasing the costs limits stipulated within the FoI Act and allowing requesters the option to pay any excess costs in order to have their requests answered, as is common in other jurisdictions, will go some way in addressing this problem.”

Dr Žuffová concluded: “If we agree that the public needs accurate information to make the best possible decisions, and it is one of the most important goals of journalism to provide the public with such information, then the government should make access to information for journalists as efficient as possible.”