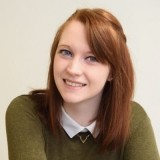 A journalist who left the regional press for a national role is among four to be nominated for a “local hero” award for her work at her previous employer.

The shortlist has been unveiled for this year’s Association of Online Publishers Digital Publishing Awards, which includes a Local Hero Award for regional journalists.

The four finalists are Natasha Meek, of the Bradford Telegraph & Argus, Caroline Wilson, of Glasgow daily The Herald, Will Hayward, of WalesOnline and the Western Mail, and Geri Scott.

Geri, pictured, was Westminster correspondent at the Yorkshire Post before leaving the Leeds-based daily earlier this year to join the lobby team at PA.

Richard Reeves, managing director at AOP, said: “I am blown away by the number of inspiring and innovative entries we received for the Digital Publishing Awards this year.

“In these trying times, the resilience and creativity of publishers has shone through and while there will be more hurdles for the industry to overcome, it’s important to stop for a moment to not only recognise and celebrate publisher brilliance, but also gain inspiration and learn from those who have demonstrated exceptional agility and determination.”

The winners will be announced during an afternoon ceremony on 16 September.