A journalist who founded and edited multiple local titles during a lengthy career in journalism has died agd 93.

Tom Price landed his first job as a reporter at the Smethwick Telephone shortly after leaving Oldbury High Grammar School in the 1940s.

From there he went on to edit a series of titles in the Midlands including two he founded himself.

Tom, pictured below in the earlier days of his career, died in Northampton General Hospital on 1 June after a brief illness. 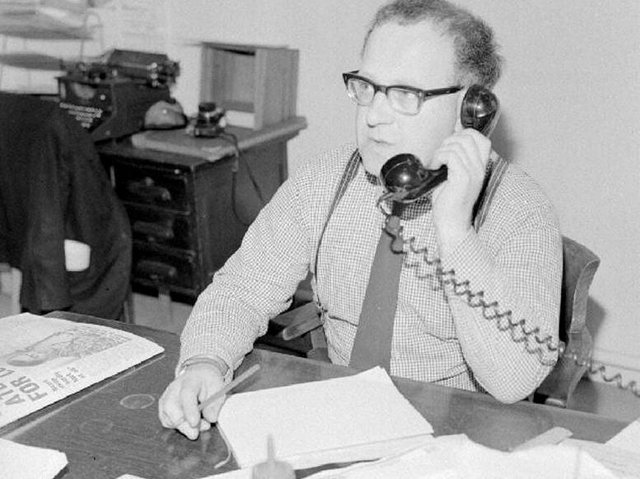 He then went on to become the founder and editor of the Forest of Dean & Wye Valley Review, continuing in the role until his retirement

Tom also served as Midland regional secretary of the National Union of Journalists for 10 years, and an associate member of the International Conference of Weekly Newspaper Editors.

After his retirement he moved to Daventry and became a Labour councillor there for eight years, and was church organist at Norton village church for 16 years.

His son Noah Price told the Daventry Express: “If there was ever a word to describe Tom, it was the word ‘persistent.’

“Even after he retired at the age of 65, he never stopped trying to find out how the world works or what makes people tick.

“At the age of 85, he joined Facebook where he cultivated something of a following for his bitingly satirical remarks aimed at the establishment.

“He will be remembered most for his wit, compassion, his involvement in local Daventry community initiatives, the way he always fought for what he believed was right, and for the generosity of his spirit.”