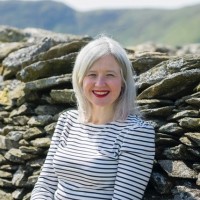 A former regional editor has launched her own journalism and public relations business.

Michaela Robinson-Tate, who edited Cumbria Life until last year, has launched her own firm which will concentrate on freelance feature writing, copywriting and editorial for businesses, communications and PR.

Under Michaela’s tenure, Newsquest-owned Cumbria Life was named Magazine of the Year at both the Society of Editors Regional Press Awards and at the O2 Media Awards North West in 2019.

She was also awarded two highly commended prizes at the O2 Media Awards for her individual feature writing.

Michaela, who is based in Kendal, was formerly deputy head of content at the Westmorland Gazette.

She has worked for newspapers and magazines across north Lancashire and Cumbria for nearly 30 years.

Michaela, pictured, said: “I’ve interviewed so many fascinating people and business owners during my time with newspapers and magazines and I’m looking forward to meeting some of them again through my new venture.”