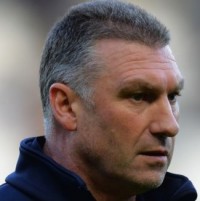 A football manager has likened club-controlled journalism to a “Communist state” after highlighting the importance of independent reporting on the sport.

Nigel Pearson has backed “objective, honest” reporting and warned about the impact of journalism which comes solely from the perspective of football clubs.

Many clubs now employ in-house journalists to write ‘news’ about the club, while at the same time restricting access to independent media outlets.

Mr Pearson, pictured, who has managed various clubs including Leicester City, Hull City, Southampton, Watford and Derby County, made the comments in a question and answer session with journalism students at Leicester’s De Montfort University.

Discussing the importance of independent journalism, Mr Pearson told the students: “If all we get is journalism from the perspective of the football club, we’re moving towards a dictatorial state and that’s not what we are.

Mr Pearson has previously been involved in controversies with journalists, including one instance at Leicester where he branded reporter Ian Baker, of the Wardle Whittell Agency, an “ostrich” during a post-match press conference.

He apologised to Ian the following day over the incident.

Discussing his relationship with the press, Mr Pearson told the students: “If I’m doing a press conference or any interviews, I know the ground rules: I’ve got a job to do and so have you.

“I’ve sat in some press conferences and been grilled by very tenacious, well-prepped, well-read journalists who know their stuff.”

He added: “What irritates me more than anything is lazy journalism.”

Lee Marlow, journalism lecturer at DMU, told HTFP: “It’s good to get people of the calibre of Nigel Pearson in to talk to the sports journalism students.

“I can talk to them about intros and quotes and the narrative of their features – but what Nigel gave them was something completely different.

“He told them what he respected in a journalist – honesty, integrity, someone who had done their homework, building trust.

“I think they all found the talk useful – and I think they all came away with a different opinion on Nigel Pearson to the one they might have had after watching a few YouTube clips.”