A 19th century Grade II-listed building which belonged to a regional publisher is set to be transformed into flats if planning chiefs give the green light.

Plans have been submitted to turn the site, next to Wolverhampton daily the Express & Star’s office, into three studio apartments, five two-bedroom and three one-bedroom flats.

The Queen Street building, which has been unoccupied for more than a year, was previously used by the Midland News Association, publishers of the Express & Star, to house its recruitment firm Star Employment Services.

Star Employment Services stopped using the building due to the lack of modern facilities inside and a lack of suitable street parking, according to the Express & Star. 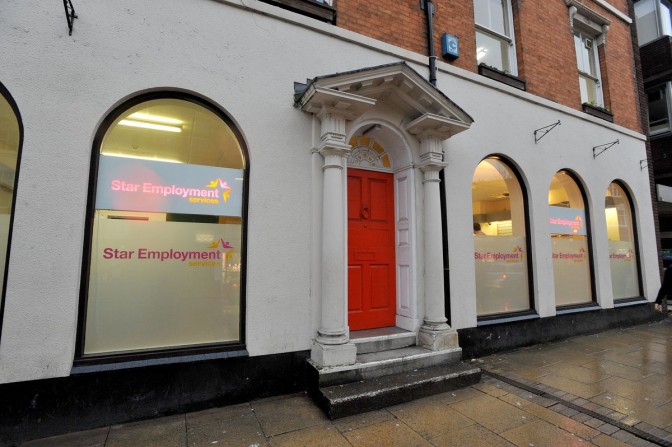 Prior to the construction of the Express & Star offices, the property was part of a terrace of similar houses and the move would see it return to its original use.

A planning statement submitted by applicant Mariusz Wojcik, from Bilston, said: “The property is currently in a poor state of disrepair inside. It is not insulated and does not have double glazing or a lift. There are also signs of large-scale dry rot to some areas.

“The internal condition of the building is dated and below average and there are signs that deterioration is beginning to worsen.

“In its current state the building is having a detrimental effect on the street scene.

“The proposed scheme would be a good opportunity to breathe some life back into a run-down property, whilst also offering the chance to put back some of the original features.

“Accommodation will be arranged over four floors, which includes the extensive cellar. As you travel up over the floors the quality and quantity of the original features lessens.

“A conversion to residential status would introduce new tenants, the majority of whom would be either students or professionals working in the city centre, both of which often do not have cars.”