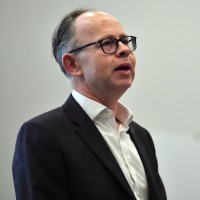 Five reporters from the same news website have been nominated for an award honouring young journalists.

Wales Online has recorded a clean sweep in the shortlist for the Nick Machin Prize for young journalist of the year.

Ffion Lewis, Katie Bellis, Lucy John, Lydia Stephens and Ryan O’Neill have all been nominated for the prize, which was handed down for the first time last year.

Ffion, Lydia and Ryan are also nominated in the outstanding story or feature category, along with BBC World’s Gareth Evans.

Chair of judges Ian MacGregor, pictured, told HTFP: “It is fantastic to see so many talented, young journalists doing so well.

“The industry needs people with passion, flair and ambition, and these awards are a wonderful way of celebrating their success.”

This year’s ceremony will be streamed on YouTube on 25 March.