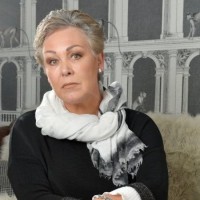 A regional daily columnist has claimed female journalists were restricted to covering “golden weddings and flower shows” during the investigation into the Yorkshire Ripper murders – with only men allowed to report on his crimes.

Christa Ackroyd has spoken out in a new documentary about serial killer Peter Sutcliffe, whose crimes were covered by the Halifax Courier when she was a young reporter there.

Christa, pictured, recalled her time on the Courier in the four-part Netflix documentary, arguing that the male-dominated policing and reporting of the case affected the way the victims were portrayed.

She subsequently went on to work for the BBC and now writes as a columnist for the Yorkshire Post.

Recalling the death of Sutcliffe’s fourth victim Patricia Atkinson, who was murdered in Bradford in April 1977, Christa told the documentary: “To learn that a woman had died under such horrific circumstances made me realise I knew nothing about what was happening.

“I was some naive, closeted, lucky young girl. I wanted to be a reporter.

“When I went to work in newspapers it was such a disappointment because we [women] were so categorised.

“We [women] did the golden weddings, and the WI [women’s institution] meetings, the flower shows. The men did the crime. The men told interesting stories.”

Christa went on to discuss the impact of male reporters and police officers on how Sutcliffe’s 13 victims, some of whom were sex workers, were portrayed.

She added: “The press and police had inferred that this was a man who hated prostitutes. A description that planted in your mind that if you are not that kind of woman, who had many boyfriends, then you were fine.”

Sutcliffe, who was found guilty in 1981 of murdering 13 women, died in November.