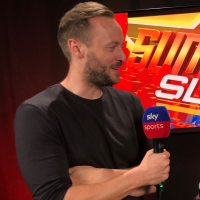 A former regional journalist who went on to a national career has returned to his old patch to take up a new training role.

The University of Northampton has appointed Jefferson Lake as the senior lecturer for its multimedia sports journalism course.

Jefferson, pictured, began his career with the Northampton Chronicle & Echo in 2005, where he covered Northampton Town Football Club for nine seasons.

He has since gone on to work for BBC Sport and Sky Sports, where his most recent role was as a digital journalist.

Jefferson said: “A few people have asked me why I’m making the move from writing about sport to teaching others how to write about sport and the slightly cliched answer I give is that I feel like the veteran footballer who is starting to move into coaching.

“I’m still going to be working for Sky – and perhaps one or two other outlets – on a freelance basis, but in that role, I was increasingly feeling like I had this wealth of knowledge about journalism and the industry that I wasn’t putting to any use at all.

“Because I was one of the most senior members of the news team, my focus was on writing stories – there literally wasn’t any time to do anything else in terms of developing others.

“With the university, I’m hoping to be able to do that – to pass on my knowledge to the next generation of sports journalists and essentially teach them the skills they need to enter the business.

“As someone who enormously enjoyed the university experience, I also want to make sure the students at UoN really get the most out of the three years they spend with us because, and here’s another massive cliché, it really is the best time of your life.”