A former regional journalist has written a book about Sir Walter Scott aimed at young readers to mark the 250th anniversary of the author’s birth.

Alasdair Hutton has paid tribute to Sir Walter Scott by writing a short history of his life.

Alasdair, who worked as a reporter for Aberdeen dailies the Press & Journal and Evening Express before going on to the BBC, is a Life Member of the Edinburgh Sir Walter Scott Club.

He also served as the club’s chairman for three years. 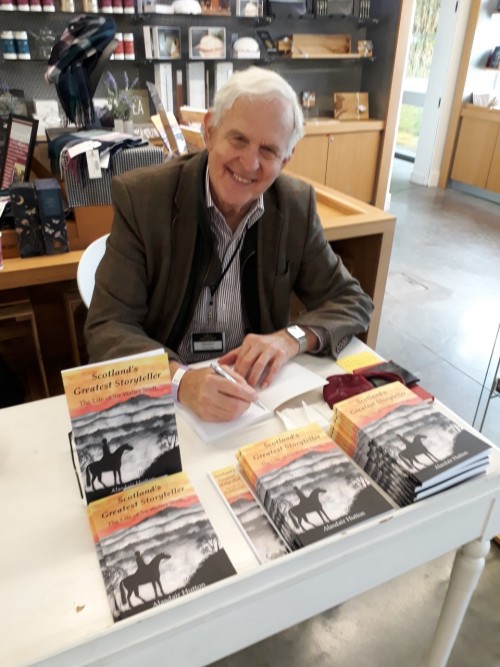 “He was a quite extraordinary Scotsman so I thought a simple book telling some of the history of his life might tempt younger people and older people who have not read him to try his stories.

“That simply is not true and I hope when people read about his extraordinary life from losing the power of his right leg to polio as an infant to losing all his money half a century later they will be fascinated by his incredible achievements and how much he managed to pack into his 61 years.”

Entitled ‘Scotland’s Greatest Storyteller’, the book is published by Curly Tale Books at £8.99.