Ex-editor stands down as councillor to concentrate on media work 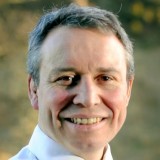 A former editor is to stand down from his role as a councillor in order to concentrate on his media and academic work.

John McLellan, who edited The Scotsman, Scotland on Sunday and the Edinburgh Evening News, has served as a Conservative member of the City of Edinburgh Council since 2017.

But he has now announced he will not stand again in the Craigentinny & Duddingston ward at the next election in May 2022.

John, pictured, told the EEN: “I’ve been privileged to serve Craigentinny & Duddingston, having topped the poll in 2017, and working with my ward colleagues we have helped give local issues the prominence they deserved.

“It has been fascinating to see the workings of the council from the inside after years of observing from the outside, but it has been increasingly difficult to combine council work with my other interests and family life.

“If, as I earnestly hope, the dreadful SNP-Labour coalition is brought to an end in May and the Conservative group forms a sensible administration, the call on my time would only increase and make managing my other roles impossible.

“I hope to continue as a columnist and commentator, but there is also a lot of work needed to strengthen public interest journalism in Scotland, with an important report due for publication next week, and I’m hoping to play a very active role in taking forward its recommendations.”