Ex-editor joins website launched after demise of her former title 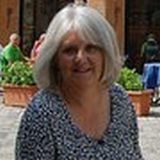 The former editor of a now-defunct weekly news publication has joined the team of an online-only title launched in the wake of its demise.

The Blackmore Vale has celebrated six months in business as a free digital magazine and has revealed it is now approaching 10,000 monthly subscribers.

The Blackmore Vale was launched in September last year following Reach’s decision to close Blackmore Vale Magazine, which served the borders of Wiltshire, Dorset and Somerset.

Since its launch, the title has taken on a number of contributors including Fanny Charles, pictured, who edited the BVM for 23 years.

The Blackmore Vale was launched by husband and wife team Courtenay and Laura Hitchock, who had no previous experience in the industry.

Laura, who serves as the title’s editor, said: “We told locals we knew what we wanted to do, but admitted that we didn’t know how to do it.

“I’m a firm believer in knowing what you know, and charming people into sharing what you don’t.

“I approached an outstanding group of highly experienced editors and journalists who offered advice, and have quickly become much-loved columnists to the local Dorset readership.”

Laura, 46, added: “Their skills and generosity with their time have been astounding. They don’t know the digital side – but that’s not the area in which I’m lacking.”

Newsquest also launched a title serving the same area, the Vale Journal, last year, while an independent publication called The New Blackmore Vale was set up following the BVM’s closure.