A former editor has helped to raise almost £29,000 for charity after taking part in a coast-to-coast cycling challenge.

Rob Lawson, who edited the Sunderland Echo for a decade before stepping down in 2012, was among 21 riders to complete the ride for Sunderland Royal Hospital.

The participants cycled 130 miles from Whitehaven to Sunderland in aid of the Red Sky Foundation, which aims to buy the £70,000 portable X-ray machine for the neonatal intensive care ward.

The charity was founded in 2016 by Sergio and Emma Petrucci, whose baby daughter Luna received life-saving open-heart surgery at the Freeman Hospital’s children’s heart unit, in Newcastle. 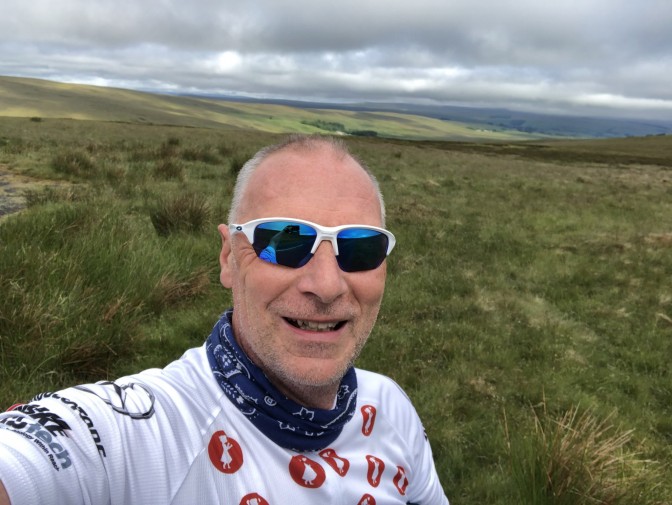 Rob, pictured above during the challenge, told the Echo: “Despite some tricky weather, the ride went really well.

“The planning was meticulous and the back-up team did a great job to keep us safe.

“Seeing as it was the first time Sergio has arranged such a cycle challenge, he did amazingly well.

“Although it was tough, the ride was great fun.”