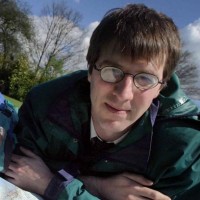 A former regional daily journalist has walked 54 miles in a day in aid of former soldiers.

Chris Webber, who worked as a reporter at the Northern Echo, undertook the 24-hour challenge in Scotland for The Army Benevolent Fund – The Soldiers’ Charity.

Chris, pictured, raised more than £600 for the charity on the Cateran Yomp, at Blairgowrie.

He was joined on the walk by his brother Dominic, as well as friends Ben McKeown and Simon Harrison.

Speaking to the Darlington-based Echo ahead of the challenge at the weekend, Chris said: “I blame my friend who has been talking about it for some time and talked me into it and now I officially hate him.

“But, to be serious, it’s a great charity.

“I once had the privilege of meeting some former soldiers getting mental health support in Catterick after serving in Iraq and Afghanistan.

“It has stayed with me all these years.”