A group of former regional journalists have joined forces to launch a new title aimed at fans of the football club they support.

The first edition of the magazine, named after a line the club song ‘Wrexham is the Name’, has been published after Wrexham were taken over by Hollywood actors Ryan Reynolds and Rob McElhenney. 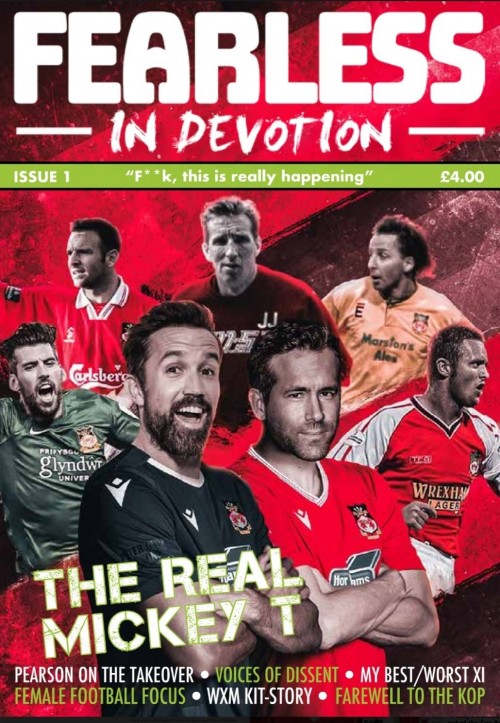 Co-editor Andy Gilpin, who now works for the Daily Star, said: “It’s been so long since a grand old club like Wrexham had a fanzine and we’re very proud of the work we’ve done in a short space of time.

“We aim to have something for everyone with pieces on the history of the club to up to date info on the takeover.

“Things are changing day by day for Wrexham fans. There’s so much good stuff happening at the club that we hope ‘Fearless in Devotion’ will help you make sense of it.”

Co-editor Tim Edwards added: “Fans are the fabric of a football club, its heart and soul. Fanzines have always been about offering supporters a voice independent of the football club they love.

“Sure, we can all tweet our daily gripes on a scrolling platform but nothing quite beats offering fans a physical product which they will hopefully immerse themselves in.

“I’m hugely proud of what the FiD team have produced – it’s exceeded my expectations and my hope is it becomes as synonymous with the club as the varied and vital fanzines that have paved the way for us to follow suit.”