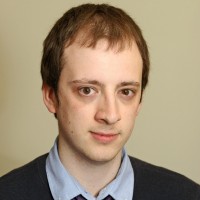 Twelve weekly newspapers have regained their own dedicated editors as part of a strategy to give “greater autonomy” to a regional publisher’s titles.

Eleven JPIMedia weeklies in Sussex have now confirmed the appointment of new editors, while Andrew Wakefield has also taken charge of the Matlock Mercury.

Since taking over JPIMedia at the start of the year, David Montgomery’s investment vehicle National World has pursued a strategy of localising the management of its titles, giving many their own dedicated editor for the first time in a number of years.

The appointments in Sussex and Matlock now bring the total number of new editors appointed since the takeover to 22.

The newly-appointed editors in Sussex are:

Oli, pictured, told HTFP: “I’ve looked after the Gazette throughout the pandemic as a content editor, so it’s a great honour to have been given the title of editor.

“I started at the company as a freelance in September 2012 and have since worked my way up the ladder holding various roles, so it feels like I’ve finally reached the summit.

“The Gazette is a small title but I’m really looking forward to growing it.”

Oli also went on to praise the strategy by JPIMedia.

He said: “Our new approach is a really encouraging early sign of progress under our new owners, who pledged to give greater autonomy to those embedded in the community as opposed to a more centralised strategy.

“As editors, we also have the support and expertise of people across the company, for example on digital performance and identifying national trends, which is helpful in building our individual titles.”

Gina said: “I am very proud to have been appointed as editor of the West Sussex County Times.

“I’m a Horsham girl and first started writing music reviews for the paper when I was at college doing A levels.

“That led to work experience in the newsroom and the team here were so welcoming and supportive, it really inspired and encouraged me to go on to study with the NCTJ.

“I came back as a chief reporter in 2004 and have seen the many changes that have faced our titles and our industry since, including the huge challenges posed by working during lockdown.

“I’m so proud of everything we continue to achieve every week, highlighting and seeking out information about the many issues that concern our readers.”