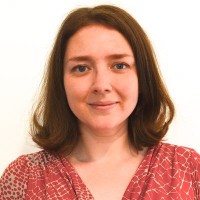 An editorial boss has criticised a watchdog’s findings on police conduct at the Sarah Everard vigil that she says contradict eye-witness accounts by her own reporters.

MyLondon editorial director Liz Hazelton, pictured, has hit out at Her Majesty’s Inspectorate of Constabulary and Fire & Rescue Services, which found the Metropolitan Police “acted appropriately” at the event.

Hundreds of people had gathered at Clapham Common Bandstand to pay their respects to Ms Everard on 13 March, but the event descended into violence when police attempted to clear the area and four arrests were made.

HMICFRS’s investigation of the vigil found police officers “did their best to peacefully disperse the crowd”, “remained calm and professional when subjected to abuse” and “did not act inappropriately or in a heavy-handed manner”.

The decision was reached after “reviewing hundreds of documents, body-worn video from police officers at the vigil and other media, and conducting interviews with the police, vigil organisers and politicians”.

But, posting on Twitter, Liz said: “This – again – does nothing to restore any faith in the Met.  Pictures, footage and eye-witness accounts from the night (including from MyLondon staff) indicate the reverse.

She added: “Disappointing and depressingly predictable.”

Matt Parr, Her Majesty’s Inspector of Constabulary, who led the inspection team, said: “Amidst a heightened public debate on women’s safety, and during an unprecedented pandemic, the Metropolitan Police faced a complex and sensitive policing challenge at Clapham Common.

“Condemnation of the Met’s actions within mere hours of the vigil – including from people in positions of responsibility – was unwarranted, showed a lack of respect for public servants facing a complex situation, and undermined public confidence in policing based on very limited evidence.

“After reviewing a huge body of evidence – rather than a snapshot on social media – we found that there are some things the Met could have done better, but we saw nothing to suggest police officers acted in anything but a measured and proportionate way in challenging circumstances.”