Editor who was ‘unfailingly courteous and correct’ dies aged 94 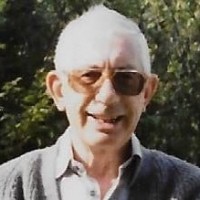 An editor who was “old school, unfailingly courteous and correct” has died aged 94.

Tributes have been paid to Maurice Coupe, pictured, who spent more than 20 years working for the Doncaster Free Press.

During his time there, Maurice became only the third editor in the paper’s history, following the paper’s founder Richard ‘Dickie’ Crowther and Leonard Peet.

He joined the paper in October 1963 and retired on health grounds in 1986.

Former Free Press sports editor Peter Catt told the DFP: “Maurice was almost a one-man band at the DFP when I first started working for the freelance agency he had just left.

“He got me to write about [Doncaster] Rovers under the pseudonym ‘Grandstander’ for many years and later helped me out on match days writing reports on the club for the Sunday papers.

“Maurice was old school, unfailingly courteous and correct, and he was very well respected in the town.

“He helped me a lot in the early days and later became a very good friend.”

His nephew Howard Wright, who followed him into journalism, said: “After his retirement, Maurice continued to follow the fortunes of Doncaster Rovers, with strong opinions on who were the club’s best players since the 1960s, and Yorkshire CCC.

“He also remained a stickler for grammatical accuracy and wrote to the Rovers’ chairman to point out that the slogan ‘Rovers till I die’, which appeared in promotional material, should have read ‘Rovers ‘til I die.’

“‘It’s short for until,‘ he wrote. ‘Till is where the shopkeeper keeps his cash.’”

Maurice suffered a second stroke in 2015 but after breaking his hip in November last year and spending Christmas in hospital, his health deteriorated and he died in St John’s hospice, Balby.

The private funeral is at 2pm tomorrow at Rose Hill crematorium, Doncaster.