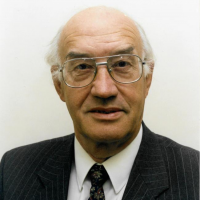 An editor who spent his entire career with the same group of newspapers has died aged 88.

He died on 15 April after living with dementia.

An obituary in the Gazette states: “John had an active and varied life, career and an exceptionally busy and enjoyable retirement.

“He will be remembered for his drive, no-nonsense interactions and undying commitment to his wife, family, grandchildren and the wider sporting, youth and educational communities.”

John started out as a trainee reporter at the Dursley Gazette in 1950.

He later became sports editor and was responsible for creating the motoring section of the Gazette before moving into the editorships.

Described as an “accomplished sportsman, he played football, cricket and golf, and also covered Gloucester rugby union games on a freelance basis for national titles.

John is survived by his wife Pat and sons Nick and Andrew.

His funeral will be held in Upper Cam, near Dursley, on Monday 10 May.