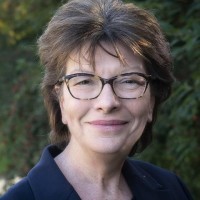 An editor who ran a weekly newspaper for 33 years is to be given the freedom of her patch.

Harrogate Borough Council will bestow the honour upon Jean MacQuarrie, who retired from the Harrogate Advertiser earlier this year, in recognition of her “service to the community and journalism”.

She also served as editor-in-chief of JPIMedia’s Yorkshire weeklies and was an editorial director on its board.

Jean, pictured, will be given the title at an extraordinary council meeting next month where she will sign the roll of honorary freeman.

Councillor Richard Cooper, leader of Harrogate Borough Council, told the Advertiser: “I am sure Jean’s many achievements will be lauded across the whole community.

“And rightly so, as she was a champion for our area, its people, for the press and for those who worked alongside her.

“A politician praising a journalist – or an editor – might not be a frequent occurrence but one can only speak from experience. And when I think of Jean I only think of positives.”

The decision to bestow the honour was made by members of the council’s general purposes committee on Thursday (9).

Cllr Cooper added: “Jean fiercely argued her corner if she felt that criticism of the local press team was unfair.

“She would tell me squarely when she thought I had got something wrong and would hold her hands up if she thought any of the local reporting hadn’t got it quite right. Because of this I knew that Jean was always being honest with me.

“More than this, she brought forward talented young journalists who took their lead from her.

“Passionate, professional, fair, a role model and a champion for the Harrogate district; these are the reasons I support Jean’s nomination to receive the title.”