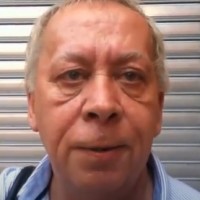 An editor who ran the country’s largest local weekly newspaper before going on to a career with the nationals has died aged 70.

Tributes have been paid to David Randall, who edited the Croydon Advertiser after working his way up from trainee reporter.

David, pictured, later worked at The Observer for 12 years before joining The Independent in 1998.

At The Independent on Sunday he worked as home editor, chief news writer and commentator before retiring in 2013.

His son Simon told The Independent that his father had died suddenly of a suspected heart attack last week.

Speaking to the paper, Simon said: “It’s such a shame, and we will miss him greatly, he was quite a character. He was one of a kind in many, many great ways.

“We all worried he wouldn’t cope well with retirement as work had been so frantic, but he took the most enjoyment out of it. He was loving his retirement, and he and my mum were making big plans for what to do next.

“He was an amazing father, grandfather, brother, and husband for my mum and will be missed greatly every day. We hope that he is happy wherever he is now. Probably playing golf.”

David began his career on the Advertiser in 1974 and worked his way through the ranks.

According to The Independent, it was “the largest local weekly newspaper in Britain” when he was in charge.

John Mullin, a former editor at The Independent on Sunday, said: “So sad to learn of the death of David Randall. He was a brilliant journalist and a fabulous colleague.

“There isn’t a newspaper in the world which wouldn’t be better if he were working for it. A true one off.”

David, who lived in Croydon, is survived by wife Pam, their four sons and four grandchildren.