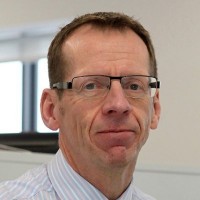 An editor has hit out at court chiefs for withholding “basic information” about cases which are moved away from his newspaper’s patch – meaning his reporters are unable to cover them.

John Wilson says his Hereford Times journalists are being placed in an “impossible situation” because Worcester Crown Court refuses to let them know in advance when hearings relevant to Herefordshire are being heard there.

John, pictured, has warned of the impact court centralisation is having on the regional press after a special investigation by the Times revealed just seven cases sent for trial by Hereford magistrates were sent to Hereford Crown Court between January 2019 and January 2020.

Sixteen cases sent from Hereford were heard at Worcester Crown Court during the same period, along with 25 cases which were moved the 56-mile round trip away for sentencing.

Explaining the situation facing his journalists, John said: “We want to cover crown court cases, but simply do not have the resources to attend those outside our normal patch unless we know for sure the proceedings will be relevant to our readers.

“Unfortunately, Worcester Crown Court will not give us in advance the basic information we need (name, charges and, crucially, the address of the defendant) so we can make a decision about sending a reporter.”

Speaking to HTFP, he added: “I think the centralisation of the courts service is a really important issue for the regional press, as well as local communities.

“The changes that have been made – and which have possibly been accelerated by the coronavirus lockdowns – haven’t been given the scrutiny they merit.”

The investigation was conducted by Times apprentice reporter Charlotte Moreau as a final project for her NCTJ Diploma.

Charlotte interviewed Jacky Herschy, whose sister Susan Thatcher’s death was caused by dangerous driver Carl Smith, about her own frustrations regarding the subsequent court case being transferred from Hereford to Worcester for sentencing.

Smith’s sentencing was not covered by the press at the time as a result.

Open justice campaigner Mark Hanna, emeritus fellow at the University of Sheffield and co-author of McNae’s Essential Law for Journalists, also spoke to Charlotte for the investigation.

He said: “People need to know what is happening in our courts, and how cases are dealt with. That is what open justice means. Justice must be open and transparent if people are to trust it.

“Most people do not have time to attend courts to see them in action. So most people, to assess how courts are working, rely on journalists to report court cases.

“Journalists cannot cover every case, but the fewer they cover the less scrutiny there is of how courts operate.”

HM Courts & Tribunals Service told HTFP it had not directly received any complaints about information being withheld by Worcester Crown Court and also highlighted guidance it has previously issued to courts staff on dealing with journalists who want to cover cases.

A spokeswoman for the service added: “Regarding the concern with cases being sent outside Hereford, the building has been out of use since the summer.

“There has been an issue with the roof [at Hereford Crown Court] and it has not been hearing cases since then.”