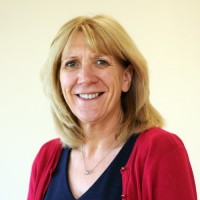 An editor has announced her departure just weeks after overseeing a regional daily’s transformation into a weekly newspaper.

Janet Wilson has left journalism after 42 years following the change at the Wigan Post last month.

Charles Graham, previously the deputy editor and news editor of the JPIMedia-owned paper, has taken over as editor of the Post after Janet’s departure.

She wrote: “And that’s a wrap. After 42 years in journalism I have edited my final paper.

“I have worked with the most talented journalists, met some wonderful people and made some fabulous friends along the way.

Fellow editors have paid tribute to Janet, as well as Greater Manchester Mayor Andy Burnham, who said she had done a “top job” in her role.

Joy Yates, JPIMedia’s editorial director in the North-East of England, wrote: “You will leave a large gaping hole, Janet. Loved my trip to Wigan many years ago. Enjoy your next stage.”

Northern Echo group editor Karl Holbrook added: “All the best Janet. This has taken me by surprise. What an amazing stint. Good luck with the next adventure.”

The Post went weekly in August after failing to reverse a circulation drop despite a decrease in its cover price earlier this year.

The announcement came a week after JPIMedia revealed it is launching a new online-only title called Manchester World, which will cover Wigan.