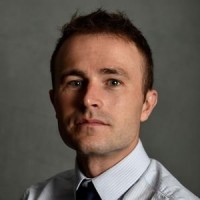 An editor is set to go head to head against his former employer after taking charge of a new city news title.

Alex, pictured, said: “I’m delighted to return to covering the city I love and call my home.

“As well as championing all we have to offer, we also won’t be afraid to take on issues which we think need highlighting.

“That’s why we’ve launched with a campaign to tackle inequality, which has already had support from city MPs.”

Alex began his career as a trainee reporter on the Gloucestershire Gazette in 2005, before moving to the Weston Mercury three years later.

He spent a year with the Northamptonshire Telegraph between 2011 and 2012 and then joined the Midland News Association, where he held roles including news editor, group chief reporter and investigations editor.

Alex then became chief reporter at the Western Daily Press in 2019, taking up the content editor role with its Bristol Live sister site in January.

He is joined on the Bristol World launch team by reporter Sophie Wills, who has previously worked for JPIMedia titles including Sheffield daily The Star, as well as weeklies including the Derbyshire Times, Mansfield Chad and Worksop Guardian.

JPIMedia online editor Mark Thompson said: “I am delighted to see BristolWorld.com come to life and it closely follows our successful launches in Manchester, Liverpool, Newcastle, Glasgow, Birmingham and London.

“They join our new national title – NationalWorld.com – in ensuring we reach even more parts of the UK, providing a new voice for national, regional and local readers with content that is highly relevant to their lives.

“It is an exciting time for JPIMedia as we have been encouraged by the reaction to our new launches and every day we are learning more and more about what readers in each city want from our new, vibrant titles.”

A further online title covering Wales is also set to be launched by JPIMedia.