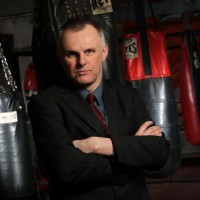 The editor of a local news website who also worked on a series of daily and weekly titles throughout a 25-year career has died suddenly aged 59 following a fall.

Tributes have been paid to Gary Baker, who had edited Trowbridge Nub News since its launch eight months ago.

Gary, pictured, worked on titles including Wales On Sunday, the Western Daily Press, South Wales Argus, The Rugby Paper and the Bath Chronicle during his career and served as sports editor of the Gloucestershire Gazette series from 2014 to 2018.

He died at Bristol’s Southmead Hospital last month after a walking accident near his home in Trowbridge the previous day.

“An incredibly dedicated worker, he had built an excellent brand in such a short space of time.

“I know that he was also loving his new job and was looking forward to 2021 so much.

“He always brightened up our meetings with his enthusiasm. He will be sadly missed by me and all his colleagues at Nub News.”

Gazette editor Michael Purton added: “Gary was a popular member of the team during his time with the Gazette.

“There was nothing he didn’t know about rugby and he brought the same level of enthusiasm he had for reporting on his beloved Welsh rugby team to covering sports clubs across Dursley, Cam, Wotton, Thornbury, Yate, Chipping Sodbury and the wider area.

“He was a pleasure to work with and a fantastic professional – you always knew Gary would crack on with the job and deliver great stories and pages, with no fuss.

“Gary was incredibly devoted to his daughter and mum and often spoke of how much he enjoyed spending time with them, and we can only imagine how devastated they must be. Gary was an all-round top bloke and a brilliant journalist, and will be missed by so many people.”

Gary worked as a journalist and PR consultant for over a quarter of a century and founded his own media company, Wales and West Media Ltd, in 2007.

As a freelance sports writer, he was well-known for his coverage of rugby union but he also covered Bristol Rovers football matches, as well as cycling and snooker.

He also spent time with Lydney-based weekly The Forester whose former editor Andy Sherwill described him as “both funny and inspirational, and at times challenging.”

“Gary had an enthusiasm and an unrivalled passion for sport, politics and journalism and was not fazed by spending hours attending council meetings that lasted long into the night,” he said.

“In his spare time, Gary embraced his passion by covering many international and regional rugby matches from the press benches as well as reporting from Rodney Parade, home to Newport County and the Dragons.

“He was one of a kind and will be missed.”

And Tim Lethaby, who runs some of the Nub News sites in Somerset, said: “I know I speak for all of the team when I say that we will really miss Gary, and everything he brought to Nub News. He was a fantastic journalist who was taken too soon.”

Gary’s funeral was held on 20 January and he is survived by his daughter Sally, brother John, niece Lucie, and mother Marie.