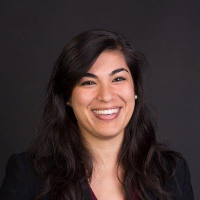 The News Media Association says it is “disappointed” by UK Government plans to implement a ban on paid-for advertising online for foods that are classed as high in fat, salt or sugar by the Department of Health.

According to The Guardian, it is estimated that more than £400m is spent on advertising food products online in the UK annually.

The plans have been criticised by NMA legal, policy and regulatory affairs director Sayra Tekin.

Sayra, pictured, said: “We are very disappointed that the Government has chosen to implement a ban on paid-for HFSS advertising online despite widespread concern that the evidence does not demonstrate a compelling causal link between advertising exposure and childhood obesity.

“Instead of tackling the problem of childhood obesity, this draconian measure will harm news media publishers who rely on advertising revenue to fund the journalism which keeps us all informed.

“We urge the Government to reconsider and work with the industry to come up with a workable solution instead of implementing these ill-considered measures.”