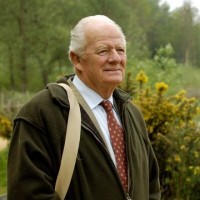 A former regional newspaper director who was also part of a mustard dynasty has died aged 91.

Tributes have been paid to Sir Timothy Colman, who served on the board of Archant forerunner Eastern Counties Newspapers for almost 40 years.

His grandfather Russell, a Lord-Lieutenant of Norfolk, was instrumental in starting the newspaper group, while his great-grandfather Jeremiah James Colman was the creator of Colman’s Mustard.

Archant’s current chief executive Lorna Willis said: “Sir Timothy contributed so much to Norfolk during his distinguished life and will be so sorely missed.

“So much in the county that we probably take for granted only came about because of his passion and dedication to make things happen.

“One of his many lasting legacies will be the continued success of our newspapers and websites, which is only possible because of the decades of service provided by both he and his family.”

A former Royal Navy officer, Sir Timothy was also involved in a number of different organisations and roles across Norfolk.

Andrew Proctor, leader of Norfolk County Council, told the Eastern Daily Press: “Sir Timothy Colman was a true gentleman and a fine representative of one of Norfolk’s most famous families.

“He was a real champion for the county, working diligently to serve Norfolk and its people throughout his life including his long term as HM Lord-Lieutenant.”