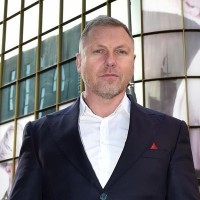 A property developer complained to the press watchdog after a regional daily approached his former representatives for comment on stories about him.

Lawrence Kenwright went to the Independent Press Standards Organisation after the Liverpool Echo ran a story on his “silence” following a number of stories that had been published about him and his business.

The Echo said Mr Kenwright, pictured, had “not spoken publicly over a number of major stories surrounding his troubled firm in recent weeks.” and went on to say that when it “approached his representatives [it was] told he had no comment to make at this time.”

In response, the Echo said the reporter was not aware that the organisation he had approached no longer worked for Mr Kenwright, and that he had not been informed of this fact either by him or the organisation.

However, the paper offered to remove the online story in order to resolve the complaint, which resolved the matter to Mr Kenwright’s satisfaction.