A deputy editor is walking 100,000 steps for charity in memory of his cricketer brother.

Donald Morton, who is second in command at the Stirling Observer, is undertaking the 21-day challenge in honour of his brother Willie, a former professional with Warwickshire and Scotland, who died in July 2019 after suffering a heart attack.

Donald is hoping to raise cash for a defibrillator in Willie’s memory and has so far raised £1,900 in sponsorship.

The challenge will be completed on 21 April, which would have been Willie’s 60th birthday. 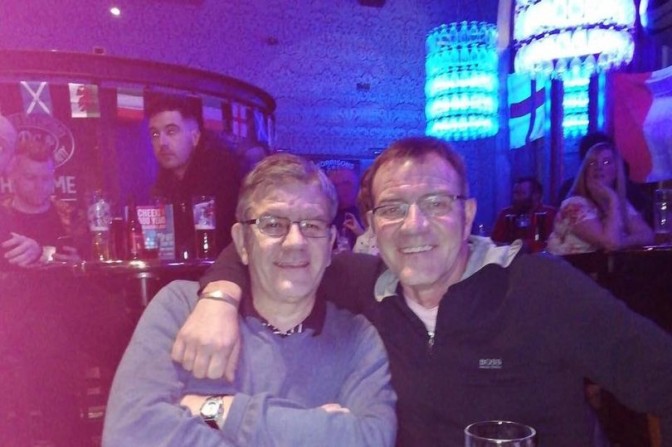 Donald told the Observer: “Willie was well-known in Scottish cricket circles and started a career which saw him play in the County Championship with Warwickshire before he came back to play at Stirling, Watsonians and Penicuik. He also coached at club and international level.

“He worked as head groundsman at George Watson’s College in Edinburgh, looking after both the cricket and rugby pitches as well as the school grounds and was a fit man so when this happened we were all devastated.

“I had an idea of doing something last year but then the lockdown kicked in and I had to postpone it. But now we can get out and about in our local area, it means I can get going.

“The fact that Willie would have been 60 on 21 April gave me the idea of doing a challenge of some sort and I reckoned that 100,000 steps would be possible.

A defibrillator is something you never really want to use but the fact that it might one day save a life is something I’m sure Willie would be proud of.”

Donald smashed an initial £800 target within 18 hours of launching a plea for donations.

He said: “It was all quite emotional when I saw these donations coming in – and I haven’t even started the challenge yet. I’ve been totally overwhelmed by people’s generosity so far.

“I decided to raise the target to £1500 and then upped it to £2000. The intention is to get the defibrillator and all other cash raised will go to the British Heart Foundation – members of my family including my dad and one of my sisters died after heart attacks.

“I’ve known plenty of others who have had heart attacks so the cash for BHF will be in their memory as much as Willie’s.”