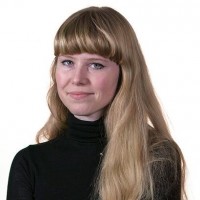 The National Union of Journalists has announced it has entered into an agreement for collective bargaining over pay and conditions for reporters working in Reach plc newsrooms under the scheme.

The deal covers collective bargaining on pay, hours and holidays, subject to the terms in the agreement Reach has with the BBC.

Reach currently employs 75 of the 165 LDRs, and the move follows similar agreements with both JPIMedia and Newsquest over the journalists they employ under the scheme.

Charlotte Green, pictured, Mother of the Reach LDRs’ NUJ Chapel, said: “The chapel is delighted to have been able to sign this voluntary agreement with Reach.

“To have achieved recognition is a milestone that is the culmination of several years of hard work by union members and officials since the launch of the scheme in 2018.”

Chris Morley, NUJ Northern and Midlands senior organiser, added: “The BBC’s local democracy scheme has proved to be a success in safeguarding quality public interest journalism in a key part of the UK democratic fabric, and LDR journalists are rightly highly respected for the work they do.

“The NUJ welcomes this voluntary agreement with Reach which recognises the union’s ability to represent its LDR members in the company collectively on the important elements of their employment.

“Our members are keen to build on the constructive relationship developed with the company during the discussions which have culminated in this agreement.

“We now look forward to getting down to the business of making this work in the interests of our members and the business – and especially contributing to the continued success of the LDR scheme.”