A local democracy reporter has demanded action after taking a “deep dive” into deprivation on his patch.

Eddie Bisknell, who works in Derbyshire under the BBC-funded scheme, looked into the issue for the Derby Telegraph after Office for National Statistics data revealed a “glaring gap” between Derby’s most and least deprived communities.

The gap between the city’s most and least income deprived neighbourhoods sits at 37pc, from people living in the leafy suburb of Allestree to those living in inner-city Normanton.

The findings prompted Eddie to speak to people living in the Normanton, Pear Tree and Rose Hill areas of Derby about the deprivation in their area. 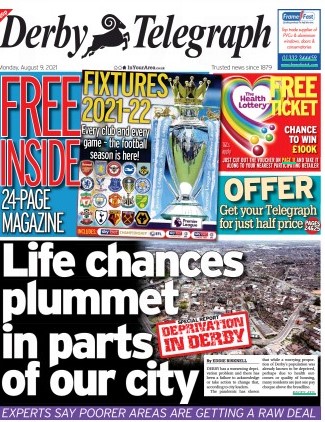 Comments made to him included feelings they were being treated as “second class citizens”, with Normanton in particular getting a “rough deal”.

Eddie’s investigation has resulted in a four-part series, entitled ‘Deprivation in Derby’, which is being published this week with the Telegraph splashing on the launch of the series yesterday.

Eddie told HTFP: “It’s a subject close to my heart which I’ve endeavoured to take a real deep dive into.

“I hope this series highlights what is a genuine issue and leads to critical and honest action.”