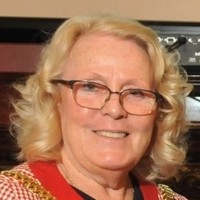 A regional daily has won a legal fight against a councillor who tried to prevent it from revealing she gave a character reference in court for a jailed taxi driver.

Liverpool City Council member Christine Banks attempted to stop the Liverpool Echo from revealing she had provided the “testimonial” for ex-private hire driver Joseph Prior, who was jailed for 18 months after attacking a “drunk” lone woman he had picked up.

Part of Prior’s defence mitigation was a reference from Cllr Banks, who chairs the council’s licensing and gambling committee and the authority’s taxi driver licensing sub-committee.

But Cllr Banks, pictured, tried to block the release of the letter after the Echo asked for a copy, despite case law stating character references are evidence and the default position is they should be provided to the media on request.

Both Judge Rachel Smith and Prior’s lawyer had previously referred to the Labour councillor’s “testimonial” at Liverpool Crown Court on 4 March, when 40-year-old Prior was sentenced after admitting common assault and offering the woman cocaine.

Judge Smith has now sided with the Echo after an ensuing legal battle over the release of the document, in which the former Lord Mayor of Liverpool said she had known Prior and his family for more than 40 years and told the judge he came “from a background of hardworking, good Christian family values”.

Cllr Banks argued before the court that she had provided the reference in a personal capacity – despite the fact she signed the handwritten letter “Cllr Christine Banks” – and claimed Prior’s mother “didn’t give me the full account of what Joseph was up in court for”.

Ben Gallop, representing the Echo, told the court the “public interest” was heightened when the referee was a public official who holds elected office, adding Cllr Banks being “embarrassed” by her electorate knowing what she said about Prior was not a proper reason to withhold disclosure.

Cllr Banks said she was approached by Prior’s mum to provide a reference for her son, telling the court: “I asked what it was for and she said ‘it’s for Joseph, he picked up a fare and the lady made an accusation against him.

“I asked Mrs Prior what kind of accusation and she said the young lady was a bit drunk, she got in the cab and she was a bit nervous and he said ‘don’t worry’, patted her and said ‘we will get you home to your mum.'”

Prior had lost his Sefton Council private hire licence in 2018 after eight women complained of him making “sexualised” comments, but he went out late in Liverpool city centre in March 2019 to try and pick up illegal fares when the offence happened.

After the 23-year-old got in his Ford Focus, he pulled into a quiet street, then put his hand on the “terrified” victim’s thigh.

When she rejected his advances, Prior took her to a McDonald’s drive-thru, where she mouthed “help” to staff, who rang police.

Cllr Banks told the court: “I went on to say to [Prior’s mother] I cannot give him a reference on his taxi record, because he’s never been licensed in Liverpool.”

She added: “The thing is you trust people that they give you the truth and the full information and in this case I didn’t receive the full truth and the crime that Mr Prior had committed.”

Mr Gallop asked Cllr Banks what “harm” she suggested she would suffer if the letter was made public, to which she replied: “I could lose my position as a councillor. I’ve been a councillor for 13 years.

“I work grass roots, I’ve done a hell of a lot of work. I could lose my position as chair of licensing.”

She added: “All the good hard work I’ve done in the past will be of no avail and it will just sit heavily on me and my family.”

The councillor agreed that when she said she could lose her position, she meant by the electorate deciding not to vote for her.

Judge Smith said she accepted Cllr Banks’ explanation entirely, including that she wouldn’t have given the reference if she had known “the full facts”, but added: “A person who provides such evidence has no reasonable expectation of privacy in respect of that evidence discussed in open court.”

The judge concluded: “There is a legitimate and powerful public interest in the public having an understanding of the nature and extent of what Cllr Banks was willing and able to say on the defendant’s behalf.”

Speaking to the Echo after the hearing, Cllr Banks said: “I provided a character reference in my position as a former youth worker and friend of the family.

“I wish to make it clear that I did not provide the statement in my position as a councillor.

“As I made clear during the court hearing, I was not given the full extent of the charges against Joseph Prior before I provided the character reference.”

Neil Docking, the Echo’s Liverpool Crown Court reporter, told HTFP: “Mrs Justice Whipple’s ruling in the case of ex-MP Charlie Elphicke, who was convicted of sexually assaulting two women, made clear that the default position is character references submitted to court are not confidential documents and should be released to the media upon request.

“The public interest is stronger in relation to character referees who are themselves in public life – as was the case with Cllr Banks, who holds elected office.

“While securing the release of this character reference came at some cost to the Echo, as because she objected to its release we had to instruct counsel to argue our case, we felt our readers deserved to know the full story as this was clearly in the public interest.”