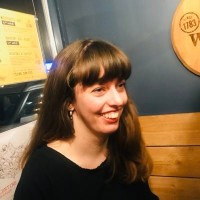 Two paedophiles, including a child rapist, have had their mugshots kept secret after a police force refused a regional daily the right to publish them.

Cheshire Police has withheld photographs of Peter Edwards, who raped a teenager 12 times in two years, and Steven Davies, who groped a six-year-old girl’s bottom while she was playing in the street, from the Liverpool Echo.

Both offenders were jailed for their crimes, but despite this the force declined to provide their mugshots to the Echo.

Cheshire Police withheld the photo of Davies on the grounds that the 44-year-old had already served his seven-month jail sentence by the time the case had actually come around to sentencing at Liverpool Crown Court.

The force did not cite any policing purpose for its refusal to provide a mugshot of Edwards, according to the Echo.

The 40-year-old was jailed for 18 years after a judge told him he had “taken his victim’s childhood by sexually abusing her”.

A 2005 protocol, drawn up in consultation with the Crown Prosecution Service, Association of Chief Police Officers, the Attorney General’s Office and the media, and a 2017 College of Policing policy, agree a guilty defendant’s custody photo may be released.

The CoP’s policy states this should be the case “unless there is a court order or legitimate policing purpose preventing their identification”.

Echo court reporter Lauren Wise, pictured, told HTFP: “Cheshire Police did not cite a policing purpose for its refusal to provide photographs to the Liverpool Echo and there was no court order preventing them from doing so.

“In these cases, issuing this picture to the media is clearly in the public interest.

“These images should not be withheld from the media and Cheshire Police’s decision on both occasions contradicts official guidance.

“Both of these men are convicted sex offenders who targeted children, in one case an unrepentant rapist jailed for 18 years for his heinous crimes, yet their identity has not been revealed in full to the public because of a decision made by Cheshire Police.”

Discussing the Davies case, a Cheshire Police spokesperson told the Echo: “Cheshire Constabulary is not releasing the custody photo as the man has already served his sentence and has been released from prison.”

Asked about the Edwards case by HTFP, a police spokesman said: “This was an extremely sensitive case and, following discussions with the officer in charge of the case and the victim herself, a decision was taken not to release the mugshot.”