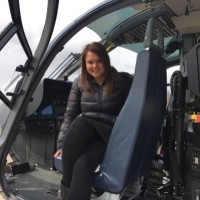 A regional daily raised thousands for a 100-year-old war veteran in a matter of hours after he was burgled while in hospital.

An appeal by the Yorkshire Post has raised more than £14,000 for Len Parry, who was targeted by thieves while undergoing a skin cancer operation.

The fundraiser initially aimed to raise £3,000 and was launched after Lucy Leeson, crime correspondent at the Leeds-based Post, interviewed Mr Parry about his ordeal.

The former RAF pilot, who fled Japanese soldiers after being taken prisoner in Singapore during the Second World War, discovered £4,000 had gone missing from his bungalow in Skipton earlier this month.

The appeal was backed by figures including Good Morning Britain presenter Piers Morgan, who pledged £1,000 himself.

Lucy, pictured, told HTFP: “Mr Parry is, without a doubt, the most interesting person I have ever had the pleasure of speaking to and his military history is fascinating.

“What happened to him is truly horrible and I could tell from speaking to him and his family how upset the burglary had left him.

“I wanted to do something to restore his faith in people and raise back some of the money he had stolen.

” am absolutely astounded at the incredible amount of money Yorkshire Post readers have donated and there are not enough words to describe how grateful we are to them.

“All I can say is thank you to every single person who gave whatever they could. It truly is very much appreciated.”