A regional daily has been ordered to publish a correction on Twitter after it failed to amend its inaccurate description of a dead woman as a “murder victim” on the social media site.

The Independent Press Standards Organisation upheld a complaint against the Liverpool Echo over its failure to post a Twitter update while covering the death of Sue Woods.

In a tweet, the Echo had initially described Mrs Woods as a “murder victim” after a man was arrested on suspicion of murder following a fatal injury she suffered in the street near her home in the town of Maghull.

While IPSO found no breach of Code on the tweet at the time it was posted, it ruled the Echo’s failure to publish a correction on Twitter after the arrested man was subsequently released without charge had rendered the post significantly inaccurate. 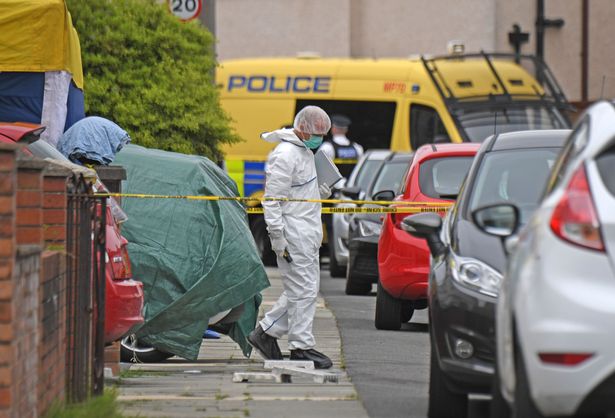 The scene of the fatal injury to Mrs Woods

Complaining under Clause 1 (Accuracy), Clause 2 (Privacy), Clause 3 (Harassment) and Clause 4 (Intrusion into grief or shock), the family of Mrs Woods said the arrest of the accused on suspicion of murder was a formality and did not justify describing her as a “murder victim”.

The man was later released without charge and the death was deemed a tragic accident, the family said.

They also complained about other aspects of the Echo’s coverage, including the publishing of a comment by a neighbour in a story on its website.

The family said the comment had led to speculation about domestic abuse, adding the newspaper had named Mrs Woods before some family members were told of the death or its full circumstances.

Denying a breach of Code, the Echo said it had originally relied on a Merseyside Police press release about the incident that referred to a man having been arrested on suspicion of murder.

The following day the police issued a new statement to state that the man had been released, that no further action would be taken against him, that no further suspects were sought and that the incident was now being treated as a tragic accident.

The Echo then promptly updated the story to remove the reference to there being a “murder victim” and published a correction on its website.

On receipt of the second police press release the social media post was deleted, but the Echo offered to tweet a link to the amended story in its first response during IPSO’s investigation.

An offer to also send a private letter of apology to the family was rejected.

IPSO considered it was reasonable to describe the woman as a “murder victim” after the first police press release had stated a 47-year-old man known to the victim had been arrested on suspicion of murder.

However, after new information came to light and it was clear that the incident was no longer being treated as a murder, the description was then rendered significantly inaccurate.

IPSO found that where text appears in a social media post, and that text constitutes a significant inaccuracy, any correction must be issued on that same medium.

The Echo had only offered to post a link to the amended story and had not offered to actually publish a correction on Twitter, which constituted a breach of Code.

IPSO concluded the Echo had taken due care over the accuracy of the story and social media post, having promptly amended the former, deleted the social media post and made further attempts to resolve the complaint.

However, it found the paper had simply failed to correct the single social media post that contained the words “murder victim”, and the Committee decided the appropriate remedy was the publication of a tweeted correction to put the correct position on record.

No other breaches of Code were found on the other points raised by the family.