A regional daily has produced a special edition to mark a goalscoring milestone for one of its patch’s top footballers.

The Liverpool Echo has created the supplement to honour Mohamed Salah after he scored 100 Premier League goals for Liverpool FC.

The 48-page special edition, entitled ‘Salah – Our Egyptian King’, features pictures, news and reviews of his key goals and games.

A comprehensive profile of the player is also included, as well as comparisons with other prolific Liverpool goalscorers such as Ian Rush, Kenny Dalglish, Michael Owen, Robbie Fowler and Fernando Torres. 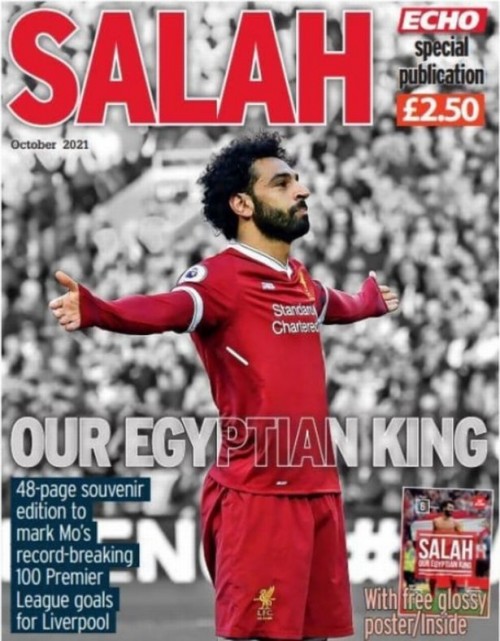 Analysis of the commercial value to the club and Salah as a brand, both in the UK and overseas, especially in Egypt, appears too.

The edition, priced at £2,50, is available at most supermarkets and newsagents across Merseyside and North Wales.

It can also be ordered online, and comes with a free glossy poster.